All month long I’m taking a look at the events of my life and how horror became a fear and later a joy.

When I was growing up I loved heavy metal, or as I understood it to be.  Hair metal was king.  Headbangers Ball came along when I was just the right age to want more.  But there was more to metal than that, and I was too scared to venture into it.

I’m going to blame the Church and Goat’s Head Soup for creating this fear. 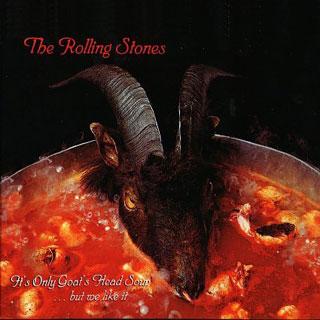 My uncle had moved out of my grandparents house years earlier but still had some things set up in his room before they changed it up.  The story from homes around the country for generations.  His bed, his stereo, some books, and displayed on shelves along the wall were some of his favorite albums.  I’m guessing some Mott the Hoople and the Cars and of course Rolling Stones’ Goat’s Head Soup.

I’m convinced he purposely put it up so that anyone walking up the stairs would see right into his room and be forced to be face to face with the horns.  At least that’s what a young impressionable boy saw.  A young Catholic boy.  I’m told in school that there is a God and a Devil.   A devil with horns and goat imagery and its on the wall and my uncle is going to hell and I’m so scared!

Now many albums in this genre rely on images that teen boys will love.  Death, monsters, half naked women.  Black leather and the occult.  I should have given some of the music a try but I couldn’t get past the album covers.  This caused me to miss out on Black Sabbath, Iron Maiden, Alice Cooper and more. 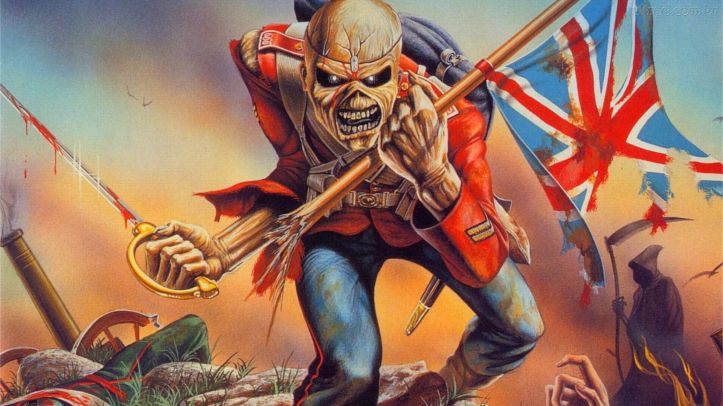 It was the radio that finally saved the day.  As a comic book reader first and a (safe) music fan second I could listen to the pop rock stations.  Once it became more pop than rock I started searching the dial.  One night I heard a voice.  A voice that said “I. Am. Iron. Man.”  Holy crap!  There’s a song about one of the Avengers! 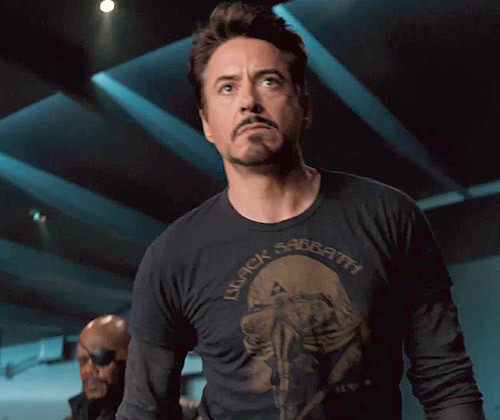 As we all know, I couldn’t have been more wrong.  But now there was this song I loved.  It must be some new band.  Some new MTV safe saccharin band right?  No.  Finally I could listen to the music first and take the scary art to the side.  It was a lesson I had to keep reminding myself of.  Enjoy the music and not pay attention to the Satan worshiping artists.  Now I can enjoy everything from Ozzy to Rob Zombie.  Of all things it was Marilyn Manson that eventually helped me to learn all about artistic vision.

This post and hundreds of others are part of the Countdown to Halloween.  Click the link and enjoy.