Part of having a geek and pop culture blog is revisiting the shows of your youth.  We’ve all gone down memory lane for Halloween and Christmas, but Thanksgiving is the forgotten middle child of holiday specials.  The Jan Brady of school vacation entertainment.  While Christmas has more specials than one can watch in a season and the Halloween pool is deep, Thanksgiving has two traditional cartoons and a few good sitcom episodes to choose from.  But what are we to do when one of those specials takes on new meaning in the expose light of 2017? 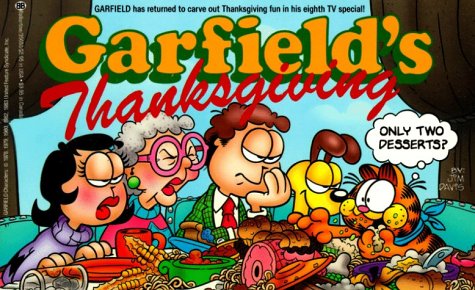 Fans, friends, take a seat for this one.  Jon, owner of Garfield, harasses women.  Now I know.  Its a product of its time.  Its a cartoon.  But these actions cannot be excused and left out there as a possible example and influence to young impressionable minds.  Lets take a look at three examples from this cartoon in which Jon acts inappropriately to his female acquaintance, Liz.

Jon has had a crush on Liz, the veterinarian, for decades in the comic strip.  She makes occasional appearances in the cartoon and within the last few years of the comic has finally become Jon’s girlfriend.  Thus proving if you badger a woman enough she will give in.  In this cartoon Jon holds his breath, passing out in her office, just to get a date with Liz.  Children hold their breath in order to get their way.  Then they pass out, realize that didn’t work, and a lesson has been learned.  Not Jon though.  Liz agrees to the date because “I cant see a dumb animal suffer.”  Great line, but in the end he still gets what he wants. 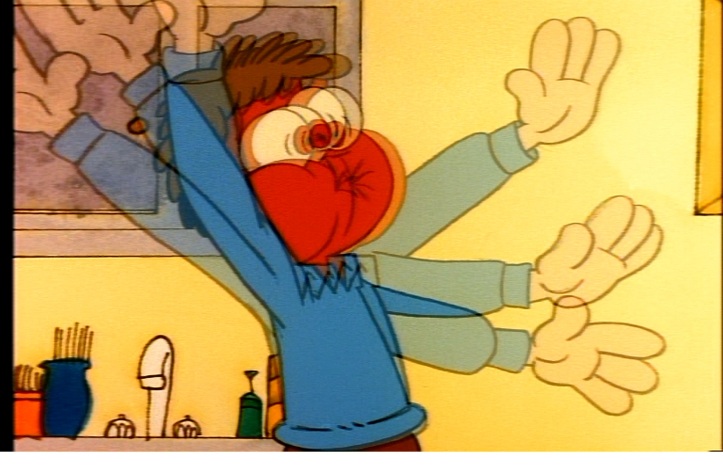 The next day at home Jon asks Garfield for help picking out an outfit.  He’s excited but nervous for this date.  Not only a first date but also his first time attempting to make Thanksgiving dinner.  As someone who had to make two (two turkeys, not two dates. Well, that’s another story.) in the span of 24 hours I can tell you its not easy at all and adding in impressing a woman would have made that ordeal unbearable.  Jon gets some help along the way (more on that in a bit) but first he does believe the clothes make the man.  He wants Liz to fall in love with him.  To see his home, the meal, the lifestyle, and attach herself to his wagon as it reaches the stars.  What better way to impress a woman than to answer the door… without pants.

Jon, oh Jon. You’re lucky she didn’t call the police.  There’s a good chance as a vet she could have something designed for horses that would knock you out permanently.  Jon uses the tried and true method men have used for centuries to backtrack stupid decisions.  I’m just a dumb guy.  Why didn’t you do the dishes?  Why did you text that girl back?  Why didn’t you tell me about that?  I don’t know.  I’m just a dumb guy honey.  You know I don’t think as well as you.  That’s why I need you in my life.  To make me better.  So I don’t do stupid stuff again.  Wow, that came out of me way to easily.

Alright Jon, we can forgive you.  Maybe you don’t know any better.  It seems like you don’t have a history of dating.  There is no job to go to and interact with other adults, thus learning responsible appropriate behavior.  Not like there was a large female presence in your life that just wants the best for you.

Jon botches everything about dinner and literally calls out for help.  Grandma shows up to make an exquisite dinner that leads Liz to find a new respect and maybe even affection for Jon.  Based on a lie.  Not that Liz is aware of this deception because in order for Grandma to work her magic in secret Jon has to distract Liz.  He does so by talking her into passing out.  He bores her so much with his stories on the history of Thanksgiving that she passes out on the couch.  First of all Jon, successful relationships cannot be built on lies.  If you would like to date Liz as much as years of stories have led us all to believe then you must be honest with her from the start.  Second, you’re supposed to pass out on the couch after eating a Thanksgiving feast.  Not before.

Jon we expect you to treat Liz or any other woman better in the future.  Maybe its a joke gone wrong much like whatever she made you drink at the office.

Still, Liz is a much better and more gracious guest than Peppermint Patty.  At least Liz didn’t invite herself.