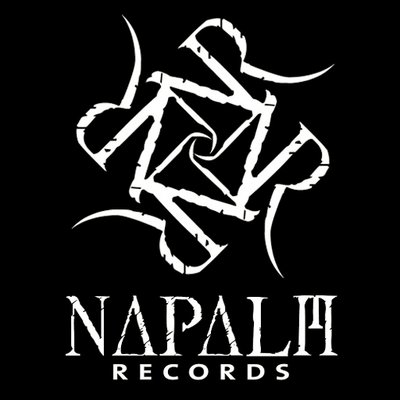 My eagerly anticipated (well, by some) top 5 metal albums of the year post is here. It was a long journey to get here. All of 2019 was. Now you are all about to read my five picks but let’s review how we got here.

As for the site, this is the final version of changes that were out of my control earlier this year. While rebooting the site and my blog persona I chose to concentrate on the things I enjoy. Pro wrestling, comics, and heavy metal. Metal which I have always been into but this year finally started putting the work in seeking the end result of more enjoyment.

Earlier this year I also reached my limit with local radio stations. No desire to play the myriad of metal releases that are out there and worse no knowledge of them to even form desire. I knew that if I wanted to be exposed to new metal, I was going to have to do it myself. Then take this knowledge and share it for like minded people who are also looking for something awesome to listen to.

Legend has it someone asked Devin what kind of music he plays and his response was, “yes, I play music.” I don’t know that I could think of a better summation of the trip this album takes the listener on. An audio journey through space. Causing the listener to feel small and infinite at once. Reaching through the cosmos to connect all of us through six string theory.

I never knew I needed a goth metal Elvis in my life, then this album was highly recommended by a good metal friend. (And we finally have something more to talk about then how gross my cafe order is.) Lead singer Jryki 69 has a dark doom baritone that simultaneously summons Elvis Presley and Peter Steele of Type O Negative yet also sounds nothing like Glenn Danzig. It’s a tight rope to walk, yet he shows balance not only in voice but also in concept of the album. Showing the duality of life in Los Angeles, the danger and the fear that one will never succeed at their dreams. Yet, look around, it’s LA and it’s amazing. Sometimes you’re having too good a time to realize you have nothing. Side note, the song “Two Horns Up” with special guest Dani Filth was my tipping moment to “get” Cradle of Filth.

This album is an assault of expose. Citizens of Germany will always have the shadow of being on the wrong side in two world wars. Lovers of heavy metal will always use that music to express the darkness that exists in the world. Bring these two together and the result is an uncomfortable aural assault that can only be healed through headbanging and growling along with every word. Even, and especially the ones you don’t understand.

This album was number one until about two weeks ago. Yes, the name causes pause. Did for me too when I first discovered them. But, to greatly paraphrase the band: if Christ came to Earth today and saw how his name and image has been perverted. Pedophile priests, children in cages, churches that only exist as a PO Box for donations, all of that and more. Christ wouldn’t see these things and be filled with joy, he would feel rotted from the inside. Tough to argue that point. The band hails from Greece and the majority of the country worships in a very serious, orthodox way that all are expected to follow. Rotting Christ isn’t out there urging belief in something else. They’re urging thought and not blind acceptance. This band was actually my most listened to artist on Spotify for 2019, because I wanted to hear what was being said and think about the topics they brought up.

But as much as deep thoughts are necessary, so is rolling down the windows and rocking out.

Brand new to me and quickly rising as an all time favorite. If Rob Zombie, Pink Floyd, and Dream Theater got mixed into some moonshine down in North Carolina it would be Bloody Hammers. Gothic, melodic, haunting, and an insane amount of fun. My first reaction was to grab the rest of their albums. My second was to see if they’re touring anywhere nearby. It was even more surprising to discover this rich sound is the result of husband and wife team, Anders Manga and Devallia. So disgustingly underground and little known to be depressing and the only come back is blasting this album.

Let me know what you enjoyed this year!

All next year I’m trying my best to stay up to date on new metal releases and reviewing them here for you.