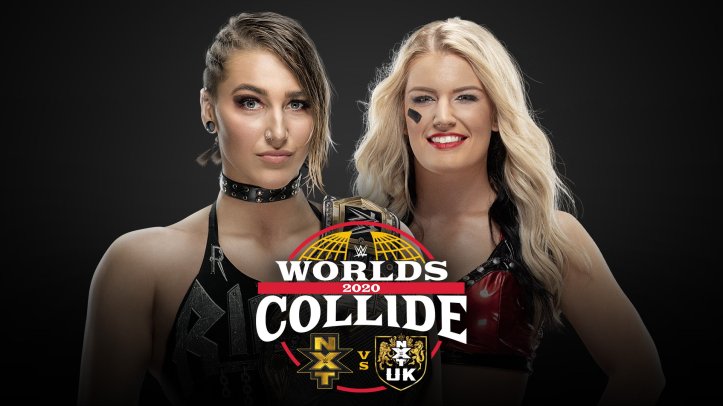 Wow that’s a long title. Is everyone represented? We got every company in there? OK, good.

Tonight on the award winning WWE Network the stars of NXT and NXT UK battle for which brand is better. Now, this is a little odd because NXT is a phenomenon while the UK extension comes across as an after thought. No disrespect to any of the amazing wrestlers over there, but it doesn’t have the same momentum that the US brand does. Tonight isn’t about which show is more popular, it’s about which show is going to reign supreme. Let’s look at the matches and guess who will win and why.

There are six matches on the card – five on the main show and one on the pre show. With an even number of matches, I’m going into this assuming that by the end of the night each brand will pick up three wins. Thus, some of my picks will only make sense in that scenario.

Mia Yim is building up to be a star in the NXT women’s division. She is also with Keith Lee, who just won the NXT North American championship. There is no way she’s packing up her bags to move over to England. If she’s not jumping the pond, then there is no point in her beating their champion.

Now this is one where my predictions for the night affect my choice. I want DIY to win. From their first appearances in NXT the years long story of Gargano and Ciampa has been one of the highlights in the last decade of professional wrestling. A win tonight would be great, but also a step back into a story that was already told. More interesting could be them losing. Either this causes a separation or it causes a tighter bond to get on the same page and not lose again. It’s going to be close, it’s going to be a win out of no where, but in the end it goes to NXT UK.

There is just no way that Garza wins the title just a month ago, proposes to his girlfriend immediately after in the ring, gets tons of publicity over it – only to then lose the belt.

The first Universal champion and the biggest name to jump from Raw or Smackdown back to NXT is absolutely not losing this match. He’s too big a name.

Again, Rhea did not get built up as a new dominant force to lose here. She just won the title, Toni Storm defeated her for the NXT UK Women’s title and has two wins over her. Ripley winning here balances out those losses and continues to make her look strong.

All of this leads up to NXT UK getting their third win here and tying it up. Undisputed Era just lost one of their titles. Cracks are showing. NXT UK needs a big win like this to build the brand. They look like a strong, dominant, foreign power. Undisputed Era stars to fall apart ending that story arc. More matches and stories come out of an Imperium win than a loss.

Agree? Disagree? Leave your thoughts in the comments!