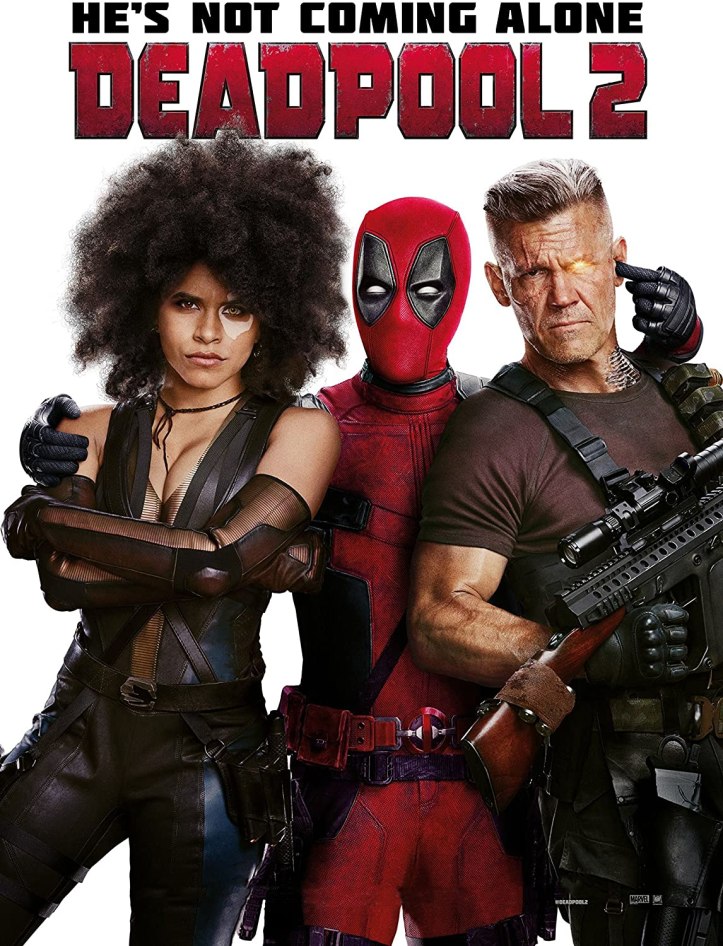 Before everything shut down, I stayed up late one night to watch Deadpool 2. Then I turned down the volume because it got loud and vulgar real quick. I didn’t want to wake up my son, nor did I want to ruin the movie for my wife who was going to watch it while he was at school. Ha. Remember school? Remember kids going to school?

Deadpool 2 is the sequel to the surprisingly big hit first movie. The rated R super hero film that breaks the fourth wall, explodes with language and violence, and mocks the very genre it calls home. At the end of the first movie Deadpool himself teased Cable would join him in the sequel. But a time travelling child of other mutants with cybernetics, a lot of pockets and armor, and a broad rage of powers? That seems like a lot to explain to an audience.

Then Endgame happened and there’s no limit to super hero movies anymore.

Deadpool 2 begins with his death, flashes back to another death, comes back to present as he is literally pieced back together. Then Deadpool’s good buddy Colossus tries to put him on a heroic path, they meet up with a powerful teenage mutant, get locked up, Cable shows up, X-Force shows up, a LOT of nasty things happen, and in the end the Merc with a Mouth somehow comes across as a selfless, loving, yet filthy hero.

I loved the edited down version of Cable that wasn’t burdened with a heavy costume or lots of back story. Plus, Josh Brolin is in the Hall of Fame for geek movie actors. Thanos, Men in Black 3, and so much more. While he was an almost expected treat, the character of Domino who joins X-Force was a revelation. Great character who could hang with Deadpool in every way. Her mutant power of luck sounds like a joke and was portrayed better in this movie than ever in her comic book history. I’ve read many stories with her over the years and never cared for Domino until this movie.

The best part of the Deadpool experience has been talking about it. My wife loved it and we had a long fun talk. My boss told me how much her dad loves it. Generational expectations tell us to expect the “boomers” to not like a movie with such language and fighting. Yet to my surprise, I find out how much my dad loves this movie too. It’s his newest “if it’s on, I’m watching it” movie. Much like many of us would stop at any channel at any point in the movie for Star Wars or The Princess Bride, he does so for Deadpool.

I think as we continue along to figure out what this new normal is a movie like Deadpool will become even more loved. Laughing in the face of danger and death. Standing up to bullies. Accepting unexpected allies. Protecting your family of choice even when they don’t want the help. Finding love in the ugliest of faces, I mean times.