Taste Worth Fighting For. 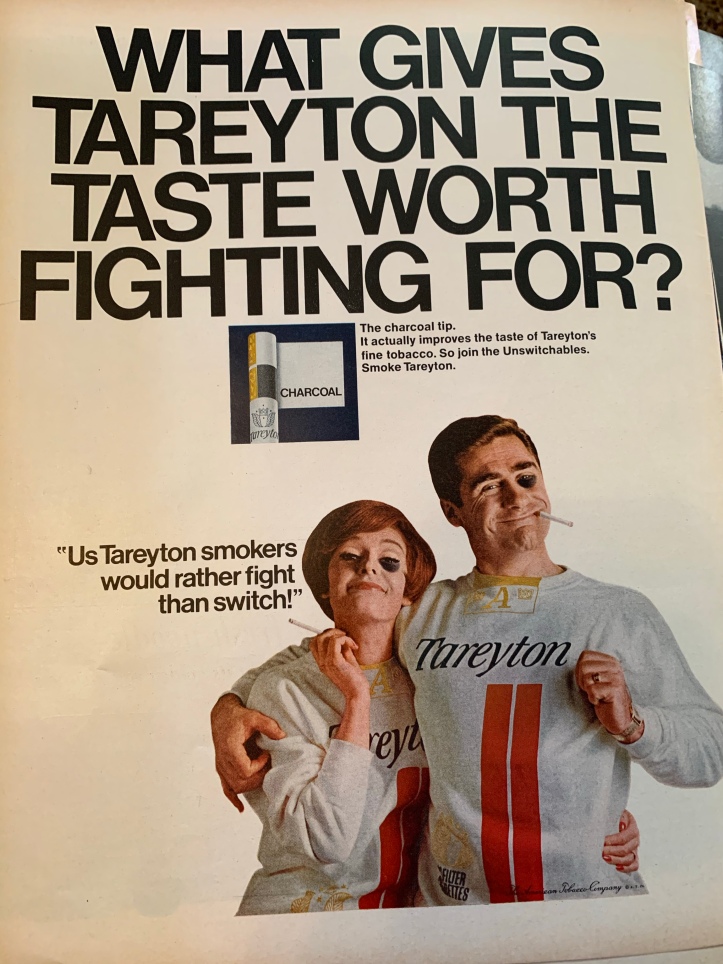 This magazine advertisement is from the mid to late 1960’s. These loyal cigarette smokers would rather fight you than smoke anything else. Or not smoke at all. There’s also a “common man” approach because the slogan is grammatically incorrect. “Us Tareyton smokers” is not proper English. By no means am I saying everything I’ve ever written is perfect, but I’m also not getting paid a lot of money along with the entire advertising team to come up with this.

As early as 1953, R.J. Reynolds, manufacturer of this brand, was aware that cigarettes caused cancer. Ten years later ads like this build a brand loyalty. Don’t you dare switch to lighter cigarettes, or even worse stop smoking all together. Aren’t you a rough and tumble Tareyton couple?

Thankfully all these decades later no one would be willing to fight for their right to put whatever they want into their lungs no matter how much harm it may be. Nor would they have poor grammar or spelling errors while fighting for this right.