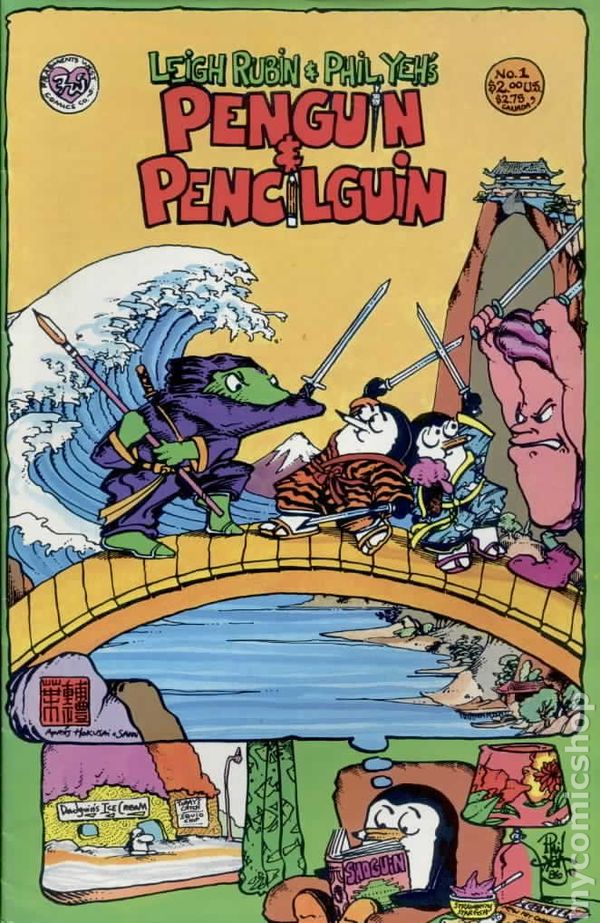 There’s a good chance no one reading this has ever heard of this comic. I’ve been reading comics for 30 years and if not for random chance I would never know about it either.

I’m going to guess I was about 13 or 14 years old. I have to be a bit vague because I haven’t asked for clarity on some of these details and I don’t want to be so incorrect I get anyone in trouble. It’s been mentioned before, but for readers that don’t know my parents divorced when I was young. I lived with my mom and my dad was moved around while serving in the military. When the stars aligned my brother and I would spend time with our dad. Sometimes he had an apartment or house, other times it was base housing. On one trip he was asked to house sit for a higher ranking official and we all stayed at that house for a bit. This official had two children, a boy and girl, both a little bit older than we were but not by much. In the boy’s room we discovered some toys that came and went a few years before we would have gotten into them, some music and movies along the same line. Randomly, there were a couple comic books.

These weren’t my usual super hero fare. This was weird independent black and white stuff. Yes, so are Ninja Turtles. But we already had different versions of that even in the early 1990’s. To this day I remember the title of the book but it held no interest for me at the time. As I grew older I assumed I would see one in a back issue dive but that’s never happened.

Penguin and Pencilguin came out in 1987 from Fragments West. Six issues came out that year with a seventh in 1991 and an eighth and final in 1994. The creators, Leigh Rubin and Phil Yeh, formed Cartoonists Across America to stop illiteracy through the use of comics and cartoons. There are many many comic book readers who will vow they learned how to read thanks to comics. Using animals in human situations lightens up the mood and can assist a struggling reader learn. The animals allow the reader to not take everything too seriously.

These two are brothers, and sons of Dadguin. They work in his exotic ice cream shop but dream of becoming writers and artists. Throughout the comic the bird brothers are telling their fantasy stories. Stories within the story. Their first is Shoguin, a take off of the popular book Shogun. If you haven’t realized yet, every name ends with -guin throughout the series. The joke of pen vs pencil extends beyond one note and becomes a catalyst for an entire creative world. In the first issue the fantasy and their reality collide with a legendary ice cream sword.

Everything about this comic sounds fun, but it wasn’t the content I was looking for back then. Now it’s near impossible to find. Because that first issue Shoguin features an appearance by Usagi Yojimbo. Usagi might be best known as the rabbit samurai friend of the Ninja Turtles. He is also an independent comic icon starring in some of the most beautifully drawn comics I’ve ever seen. This is considered a rare appearance with a low print run and will set a collector back at least $50. For a comic I saw sitting on a desk decades ago.

Over the eight issues this series features plenty of guest artists and more pop culture twists in the -guin style. The existence of the series and my chance encounter also shows the joy and education of exploring comic shops on any trip. Every comic shop has ordered different books for different reasons over their existence. Buying collections, having niche customers, all of it adds up to comics existing in one shop that aren’t at any of the other stores nearby. I’ll continue looking for these ones and believe me will write up far too many thoughts if I ever find them.

(Note: I do see cheaper copies on eBay. I’m not sure if these are later printings. Also, there’s just something more fun about random finds in the long boxes over buying online. The chase and hunt are part of the fun.)