This is an advance review thanks to NetGalley. This book is currently scheduled to be published August 4, 2020. 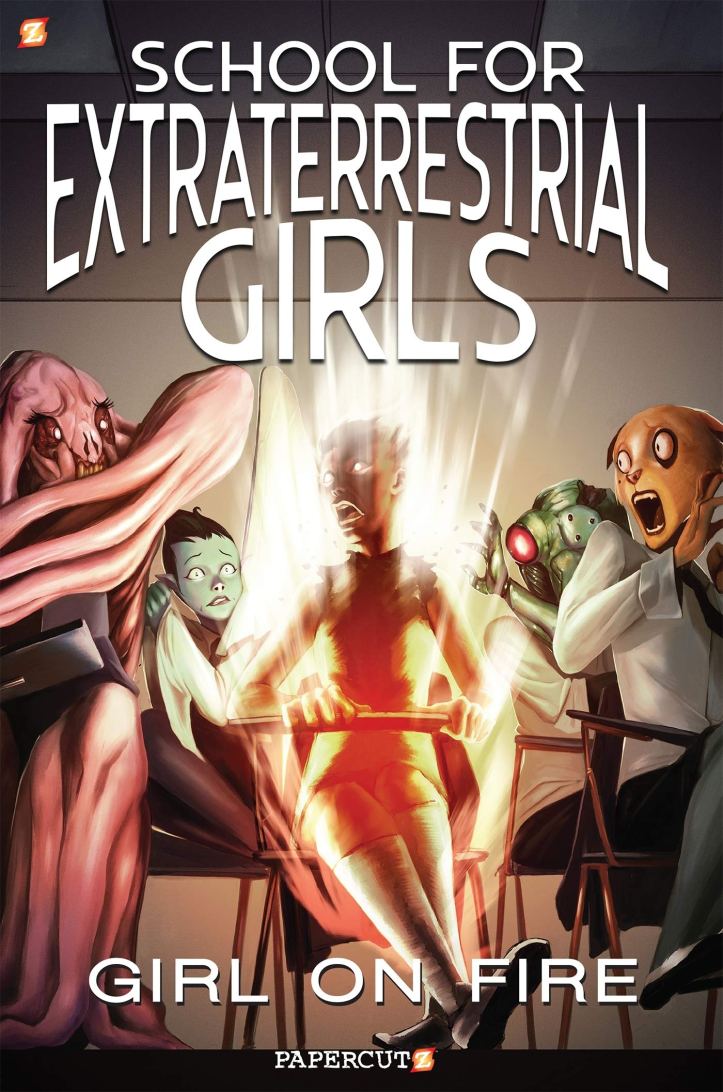 This story is deceptively simple. Tara Smith is the quiet girl in high school. High grades, strict parents, doesn’t socialize with anyone. Some would call her the weird girl. All of this is undone one day when her daily routine is messed up. To her horror she discovers not only that she’s an alien but also those aren’t her parents, and even more shocking she will now be attending a school full of other teenage girls who are also aliens. It is an amazing amount of information to absorb in one day and Tara does not react well. She reacts exactly how a teenage girl should.

Along the way Tara meets other students and maybe friends. She becomes aware not only of a larger world, but of a larger universe that she must now be part of. There are revelations, betrayals, and hints of so much more that will hopefully be revealed in further volumes.

It’s amazing how down to earth the book feels. Despite featuring characters that are interplanetary, intergalactic, and even interdimensional, everything still feels real. School, dorms, and teens just hanging out. A story that can appear too big or overwhelming is ironically universal. The fear of being different. Fear of being hated. Worried about not fitting in. Wearing some emotions in the open and others buried so deep the pain affects others. A story about aliens tells the very real concerns of high school so well this graphic novel would be helpful in any school’s library in the world.

What really got me is how much this book is needed right now. An entire generation grew up with stories that took place in a different mythical school. A series that is now tainted by it’s author’s hateful words. Into that void comes this book (and again, hopefully, series). A story about Tara Smith; who thinks she knows who and what she is, because that is all she has been told. When one day she learns she’s something other than that it’s scary. Who does she identify as? Which world does she belong to? Not only does she have to decide which face to show the world, she also has to accept that it isn’t always her decision. The world expects her to act a certain way. Her “parents” expect her to play a role. Even as she learns about her true self there are assumptions about “her kind” that Tara will have to deal with every day.

When a teenager or a bit younger asks about reading comics, hand them this book. Put it up front at the comic store and the book store. Pick it up and put in in the hands of any kid who walks in looking confused and scared. This book is going to help so many kids who think they are alone. They’re not, they just haven’t found their true selves yet and the home that will welcome them.