An all new Halloween flavor!

I’m diving in on all the variations of Kit Kat. Plus I usually try different weird new flavors at Halloween time. So this was one of those moments where I’m pushing the cart in the grocery store and reach out without even looking to toss it into that same cart. If buying fattening junk food was a sport I would have one good year and then be too fat to play. Because, y’know, candy.

Anyways. Let’s check this out. Very cool little witch drawing on the front. Kit Kat should have a good mascot. I would be all for this witch being that mascot. She’s full blown witch this time of year but the rest of the year she’s like the cool teacher that over does it for Halloween. Sunglasses, ear buds, coffee cup in hand. What’s up children? Who wants some chocolate wafers while we learn how to take down the patriarchy?

Interesting little food craft design on the back. I mean, it’s already a green marshmallow version of Kit Kat. I’m not sure how much more dressing up is needed. Can’t they just be happy to be witch Kit Kats? I think this chocolate bar got caught in the world of Witch’s Night Out. 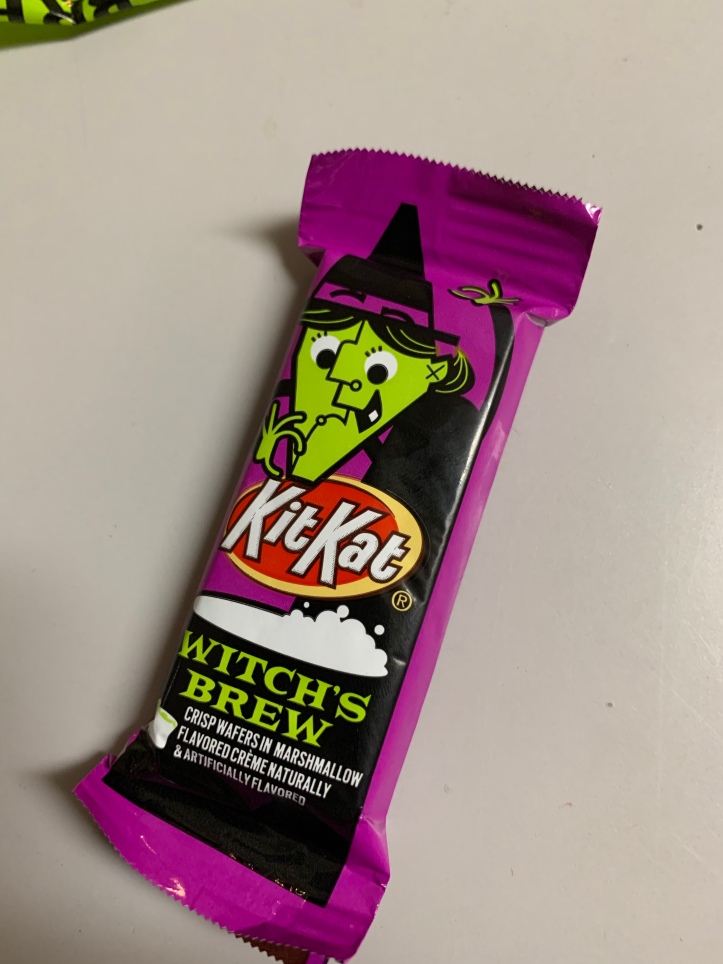 Each individually wrapped bar has another cute little graphic. These would be really cool to hand out for Halloween. If Halloween is happening in your area. If not, toss them from your car and watch the kids run for it. Yeah. That’s it. An unplanned parade tossing candy on a dark fall evening sounds like a great idea. 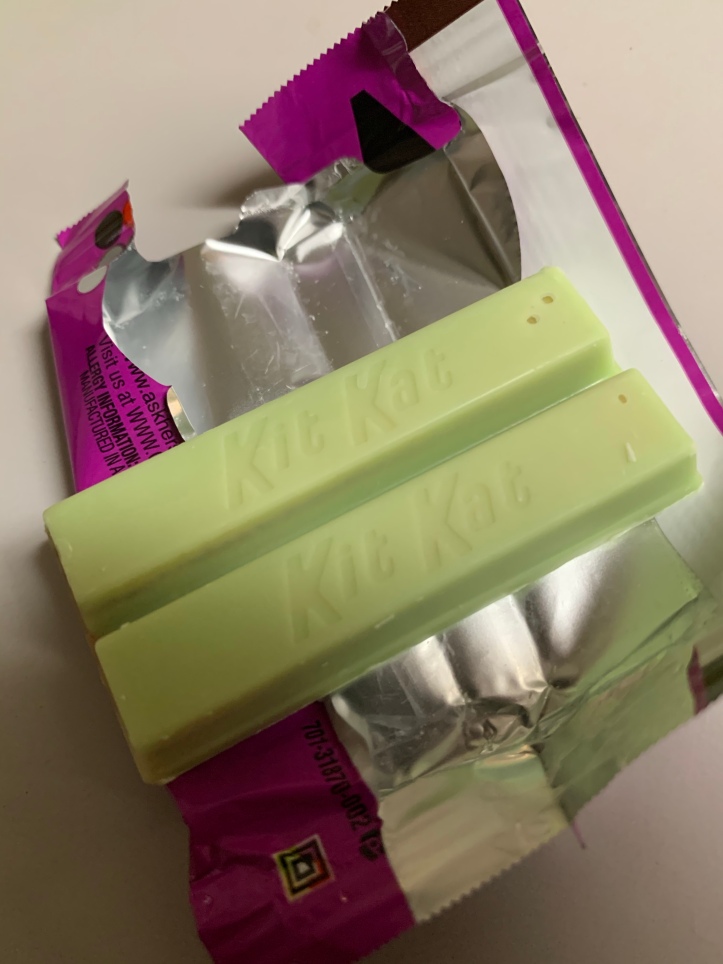 Opening up the package and taking a bite. This is interesting. It’s good. Really good. But I’m not sure what’s going on. The wafer part tastes the same as a normal Kit Kat. But it’s everything green that’s throwing me off. I can taste the marshmallow as advertised. But there’s another flavor. Honestly, I can only say it tastes “green”. Not green apple, or lime, or any other green tinted fruit flavor one can think of. But there’s something here. Not matcha either but a little close. There’s a very slight bitter taste in there. I’m starting to wonder if its a hint of fake green apple flavor, which would make sense for some sort of witch cauldron bob for apples thing. 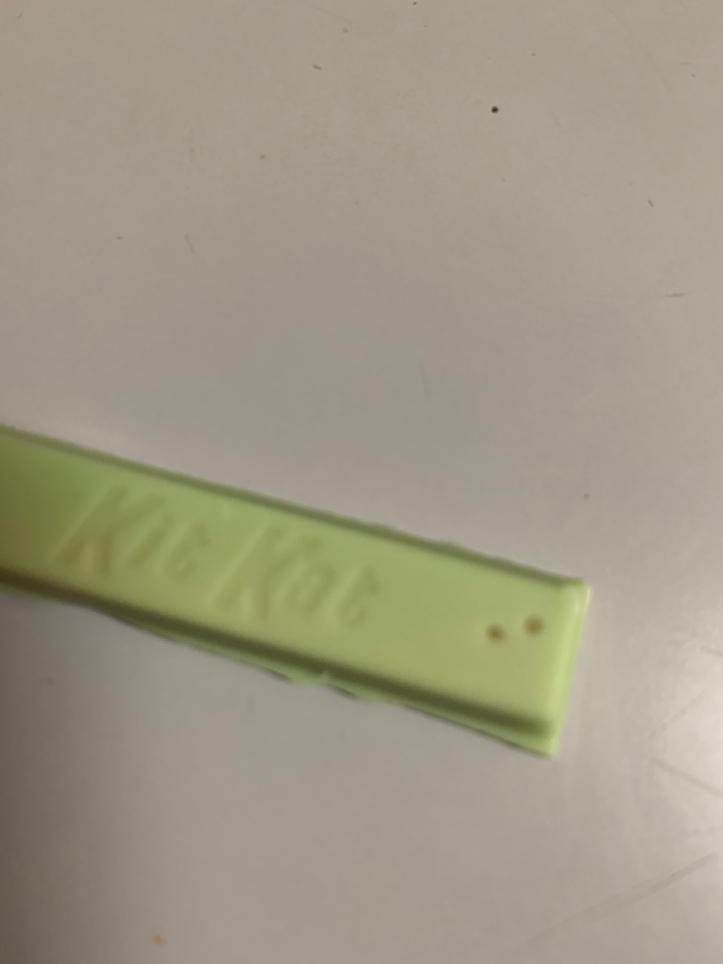 Uh oh. Looks like someone was already dunked their head and taken a bite. Look at those two little puncture marks. All of the creatures of the night are gathering this evening.